Stopping a Child from Throwing Objects 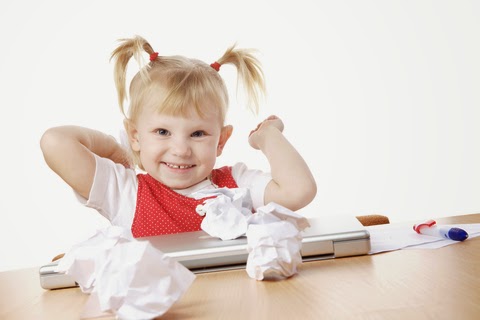 When a young child throws an object, it’s a parent’s reactive response to scold the child and take that object away from him. He may then pick up another object and throw that one, pushing the adult to anger and frustration. And if he doesn’t do it again right away, his fear of the parent may stop his actions for the moment, only to have him do it at some point later on.

A parent asked me for help with her child throwing a toy at the ceiling light in his room. Another one asked me how to stop her son from trying to get his socks and underwear hooked on the fins of the ceiling fan in his room. In each of these situations, the parent’s first response was to punish the child by making him pay for damage to the ceiling light fan or even emptying his room of all objects.

I’m certainly not going to advise allowing children to continue this destructive behavior, nor am I going to suggest punishing the child. We’ve been trained by our own parents to use force or control to stop a behavior we don’t like. That was the solution back when autocratic parenting was the norm; the all-powerful parent used punishment and fear to control a child’s behavior.

Instead of the authoritarian style of parenting that our parents used with us as children (expecting children to follow very strict rules unconditionally), today’s parents are encouraged to use an authoritative approach to parenting (a more child-centric view that includes more listening and less lecturing, the use of consequences instead of punishment, and encouraging independence and risk taking).

Let’s examine the problem of throwing objects. Why do we want to stop it; because it’s a potentially destructive action that could result in damage or injury. But the act of throwing an object at a target is a normal desire for fun, especially for boys. Using punishment to control this is counterproductive to raising children with unconditional love.

I say we should take a different approach in managing some behaviors, such as jumping, climbing, shouting, drawing, and throwing. I say we should create the conditions for a child to jump, climb, shout, draw or throw something in a fun, safe, and appropriate manner. In other words, set up a way for the child to throw something safe

as a replacement for throwing the objects at the ceiling light fan. Forget about punishment or getting angry. Instead, get creative!

without yelling, reprimanding or getting angry, and say to him, “This is where you can throw things.” And if necessary, have someone help you remove the ceiling fan from his room until he gets much older.

I urge you to take a closer look at a challenging behavior you’d like to change and then ask yourself these questions: 1.) what is my child’s goal in this behavior, 2.) how can I help him/her get his/her needs met in a more appropriate way. This novel approach can easily eliminate or quell a challenging behavior and also eliminate the need for punishment and other fear-based parenting tactics.

A New Web Danger to Our Children: OMEGLE!

There are two Web sites attracting more and more children and teens that many parents are not aware of.   These sites are a danger to children and parents need to know about them now!   One is Omegle and the other is Chat Roulette, and they are both accessible from any Internet-enabled device, such as computers, iPads, kindle-like reader devices, tablets, and even smart phones. Cell Phone Kids Costume - Child Small These two sites are known as “video chat” Web sites and can be accessed by anyone with an Internet accessible device.  There is no security or sign up screens to go through and nothing verifies the user’s age.  Anyone can simply go to the site and begin conversing with any random person in the world without supervision or regulation. Law enforcement agencies in many cities have issued warnings to parents to keep their kids off of these sites.  The Web site boasts that it is a place where meeting strangers is OK but cautions that it is for children 13 and up.
Read more

Why Parents Shouldn't Punish Their Children

Punishment is a tool designed to make a child "pay for what they did" and to feel bad about the way they acted. The belief is that the bad feeling will stick with them and motivate them to not repeat the behavior or action. But punishment has side effects that can create more problems for the parent then they originally had. For example, making a child feel bad can backfire and motivate them to hide and lie about their mistakes. It can also damage the parent/child relationship. Think back to your own childhood and remember a time when you were punished. How did you feel? How did you feel about yourself at that moment? What did you want to do as a result of the punishment? How did you feel toward the punisher? I've asked these questions numerous times in my workshops and not once did any adult say they felt good about anything in that moment. We now know that making a child feel bad about what they did affects the way they think and feel about them self.
Read more