The Latest with Cooperative Kids 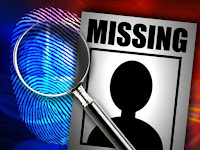 Those of you who follow my blog might be wondering what happened to me, since my last post was in June of 2016. A parent who attended one of parenting classes even called me this past week to find out when the next class was being held and asked for some advice for her sister struggling with two preteens.

What happened was an adventure I set out on with the goal to fund phase two of the research project to create the evidence base I need for the Love, Limits & Lessons parenting class that many school systems are waiting for. The result was a training course I developed for workforce development youth workers around the country.

Today, I'm finally back at my desk, preparing to teach my parenting course locally to struggling parents and also, giving abused or neglected children and teens a second chance at the Florida Sheriff's YouthVilla. Working with foster children can be a real challenge and in many ways, dealing with challenges different from those who have stable homes and parents.

One thing that is NOT different however, is the response I

use when a child I'm working complains about something (which they do often). For example it's common for me to hear them say, "The rules in this cottage are stupid," or, "I don't want to go back to the public school you're making me attend." What do I say to them? Two simple words... I KNOW.

Try it with your children. When they complain, avoid justifying things or arguing with them. Simply say, "I know." When I child says to me, "I don't want to go to bed!" I reply by saying, "I know," because in that moment, they don't want to go to bed. If they tell me that something is stupid (which they do often), to them IT IS stupid.

Acknowledging their feelings is not letting them win, nor is it agreeing with their point of view. Saying "I Know" is simply acknowledging that they are expressing something they feel and it says to them that it's OK to express feelings. So the next time your child tells you that they don't like something, they don't want to do something, or that something is stupid, simply say, "I know," and notice that they may be more likely to cooperate.
#billcorbett #iknow bill corbett cooperative kids love limits lessons