Why Punishment Should Be Avoided

My parents punished all eight of us regularly, although I'll argue that I got it more as the oldest. The punishment included yelling, hitting and being sent to our room. When I was laying in my bed crying, I never thought about what it was that I did. All I ever thought about was how much I hated my parents and thoughts about how I could get even.

Photo by Ksenia Makagonova on Unsplash

Punishment is an old parenting tool designed to make a child "pay for what they did" and to feel bad about the way they acted. The belief is that the bad feeling will stick with them and motivate them to not repeat the behavior or action. It also enables a parent to take their frustration out on the child... frustration about what the child did, the result of the behavior and just their general frustration they might be feeling at the moment.

But punishment has side effects that can create more problems for the parent then they originally had. For example, making a child feel bad can backfire and motivate them to hide and lie about their mistakes. It can also damage the parent/child relationship.

I've asked these questions in my workshops and not once did any adult say they felt good about anything in that moment. We now know that making a child feel bad about what they did affects the way they think and feel about them self and others. 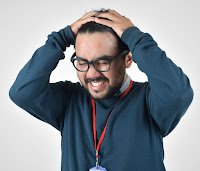 response or reaction, but punishment should never be one of them. It's also hard for a parent to change habits when they don't have the right skills to replace ineffective techniques with more effective ones. Sometimes parents have to become parents they've never seen before because their own parents didn't have the skills either.

Photo by ahmad gunnaivi on Unsplash

That's why I believe that parents should commit to being life-long students when it comes to raising children. There are many great books that offer successful strategies and lots of parenting classes and workshops offered in the community.

They can begin by looking up information on, or getting help with, consequences and using them to replace punishment. A consequence is much more respectful to the child and can have longer lasting positive effects on him or her and the behavior. Sometimes a consequence isn't even required. It all hinges on what the behavior is and why.

And a consequence does not always have to be about the child; it can be about the parent. For example, if the child uses words that are hurtful to the parent or the child hits the parent (especially a young toddler and preschooler), the consequence could be that the parent makes a strong statement declaring a refusal to let anyone hurt them physically or verbally, and then leaving the area where the child is.

This type of response demonstrates (and teaches the child) about keeping them self safe from being hurt. The consequence is the child losing access to the parent in that moment. For example, the parent could say, "I don't let anyone hurt me," and then quickly walk away. In this example, there was no need to do anything to the child, resulting in a higher level of learning on the part of the child. Having trouble believing this? Try it the next time your child acts out this way.

Please consider leaving your comments on this article.